Quetta – November 22, 2021: DFA Zhob and Muslim Club Chaman have qualified for the Semi-Finals of the Ufone 4G Balochistan Football Cup 2021 by prevailing over the opposition in their respective Super 8 matches played at Ayub Stadium in Quetta.

DFA Zhob faced DFA Quetta United in the first match of the day, with both eying the coveted slot in the Semi-Finals. The teams seemed unstoppable in their pursuit of glory as both launched fierce attacks on opponent goalposts. At the same time, they defended their own goalposts with everything. The match equilibrium kept shifting from one side to another, however; the entire allocated time remained uneventful. The match was then decided on penalty kicks, which again remained a close affair. DFA Quetta United scored six penalties; however, DFA Zhob outshined it by scoring 7 to book a spot in the semis. 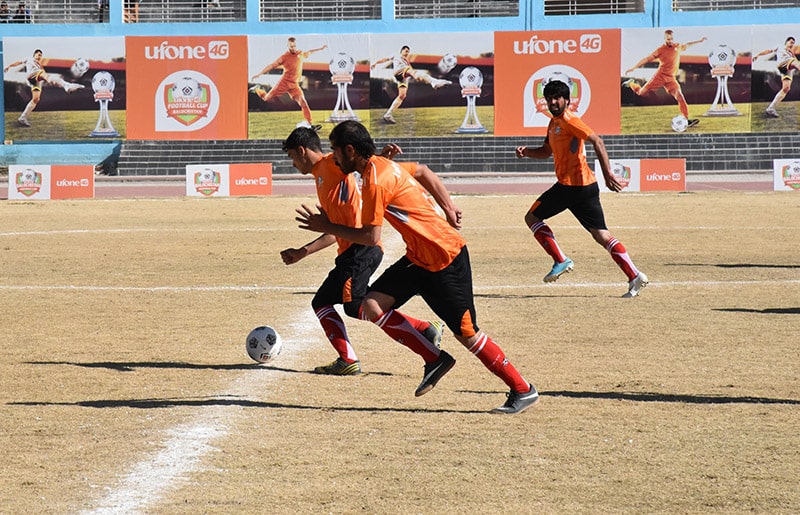 Muslim Club’s domination continued all across the second half as well. Hanif scored the 4th goal for his team in the 50th minute while Fareed returned for another goal in the 75th minute. Fareed Fouji then sealed the fate of the opposition by scoring the 6th and last goal of the match to put his team through to the next big round. DFA Turbat couldn’t find its feet during the entire match against the formidable opposition and lost the match with the largest margin in the tournament. 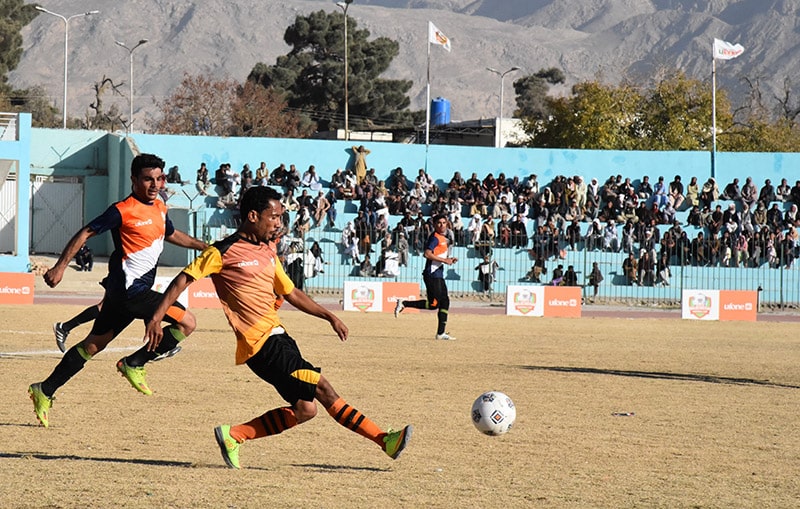 Baloch Club Quetta and Quetta Zorawar Club have already qualified for the Semi Finals, which will be played on Wednesday, 24th November. DFA Zhob will face Baloch Club Quetta at 2:30 PM while Muslim Club Chaman will play against Quetta Zorawar Club at 5:30 PM at Ayub Stadium Quetta. The winning teams will then fight it out in the Final for the title of Ufone 4G Balochistan Football Cup under floodlights at Ayub Stadium Quetta 2021 on Thursday, 25th November. Both Semi Finals and Final match will be broadcasted live from PTV Sports. ENDS