Quetta – November 21, 2021: Baloch Club Quetta and Quetta Zorawar Club have emerged as two of the four Semi-finalists of the Balochistan edition of the Ufone 4G Balochistan Football Cup here in Quetta.

Baloch Club Quetta faced DFA Khuzdar in the first Super 8 match of the tournament at Ayub Stadium Quetta. Baloch Club’s aggressive demeanor became evident when its player Kamran scored a goal only in the 10th minute of the match. Baloch Club then took just 11 minutes to solidify its hold on the match when Zahid scored the second goal for its team in the 21st minute of the match. 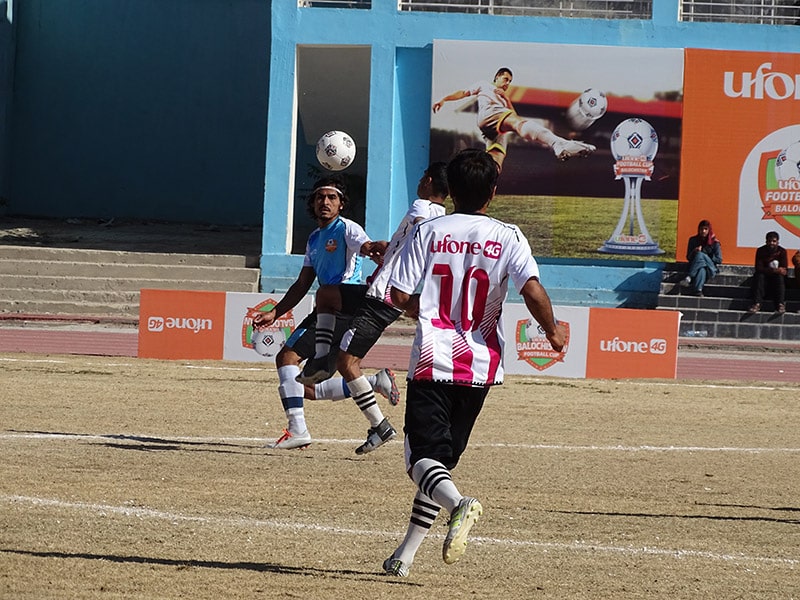 In the second match, DFA Panjgur took on Quetta Zorawar Club at the same venue. The two teams in impeccable form and spirit presented exemplary game and entertained the crowd. Both teams launched ferocious attacks as well as valiantly defended their respective goalposts. Quetta Zorawar Club’s Ali Raza successfully sent the ball whizzing through the opposition’s net to send the packed stadium into a frenzy. DFA Panjgur having been reduced to the challenger position attempted to revert strongly but fell short to lose match 1 against naught. 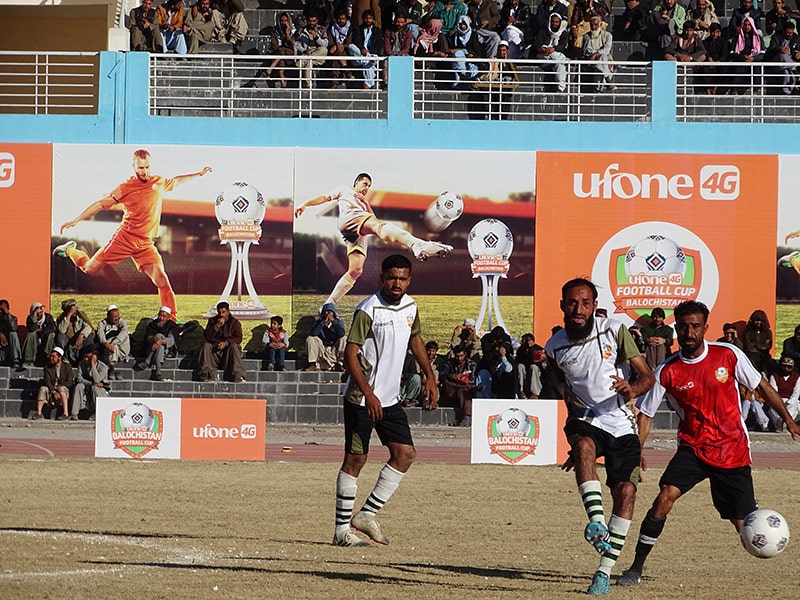 The next two Super 8 matches will be played today (Monday 22nd Nov) at Ayub Stadium between Muslim Club Chaman and DFA Turbat at 1PM and DFA Quetta United and DFA Zhob at 3PM respectively. All the winners of the Super 8 matches will meet for Semi-Finals at the same venue on 24th November at 3PM and 5PM. The Final will also be played here at Ayub Stadium on 25th November at 5PM. Semi-Finals and the Final will be broadcasted live from PTV Sports. ENDS