Quetta – November 25, 2021: A formidable footballing side, Muslim Club Chaman registered an emphatic win over Baloch Club Quetta in the final match of Ufone 4G Balochistan Football Cup 2021 to lift the champions trophy. The sensational match was watched by thousands of football enthusiasts at Quetta’s iconic Ayub Stadium, besides thousands more who caught the action live through PTV Sports. 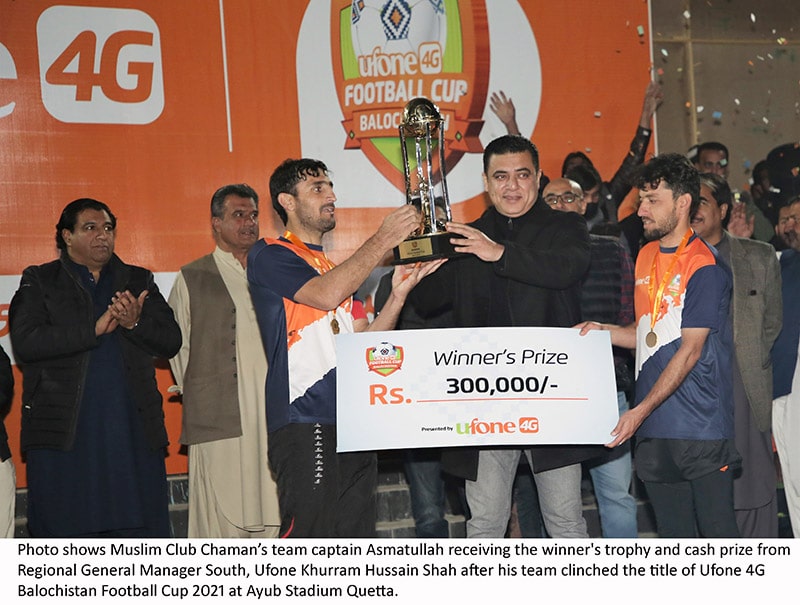 The early goal came as a confidence shaker and exerted massive pressure on Baloch Club whilst putting Muslim Club Chaman in a comfortable commanding position. Baloch Club despite repeated attempts couldn’t switch to the attacking mode, giving Muslim Club the chance to keep possession of the ball most of the time.

In the 67th minute of the match Muhammad Hanif capitalized on a lethal mistake by one of the opponent defenders and successfully sent the ball wheezing past the goalkeeper to seal the fate of Baloch Club Quetta. Baloch Club Quetta shifted gears towards the last minutes of the game by making one last ditched effort to stage a comeback but it fell short to lose the match 2-0. 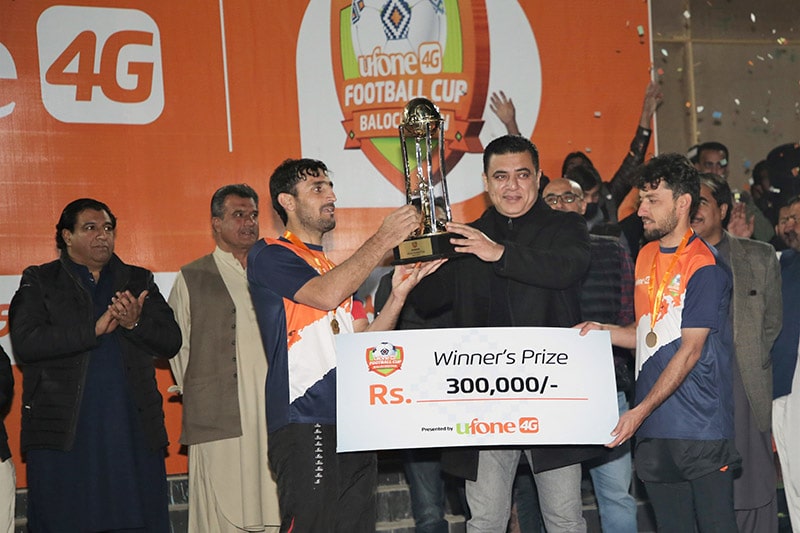 A simple yet high spirited prize distribution ceremony followed in which the winner, runner ups, semifinalists and quarterfinalists were awarded medals and cash prizes. The supporters of Muslim Club Chaman went into frenzy as soon as their team captain lifted the shiny champions trophy to thunderous applause, whistling and joyful sloganeering.

Ufone 4G Balochistan Football Cup 2021 was the 4th edition of the tournament, organized by Pakistani company Ufone 4G to provide local footballers the much needed sporting opportunity to showcase their skills and harness the opportunity to pursue career prospects in football at national and internal levels. ENDS