Islamabad – November 15, 2021: The ongoing Ufone Football Cup Tournament is witnessing all the teams fire on full cylinders as the eliminators round enters its final phase. Both Balochistan and KP legs of the tournament are happening simultaneously and are designed to converge on a super final match played in Peshawar on Dec 3 between the winners of both editions.

Under the Balochistan leg of the tournament, two matches were played at Mir Ghous Baksh Bazinjo Stadium in Khuzdar on Friday. In the first match, DFA Khuzdar faced DFA Lasbella on its home turf. The team appeared in premium form sporting extraordinary confidence and commanded the match through and through. DFA Khuzdar player Shams scored the first goal in the 10th minute of the match. His teammate Jalil scored the second in the 17th minute. Ibrahim solidified his team’s domination through a 3rd goal in the 25th minute. Flamboyant Shams then returned for two more successive goals in the 49th and 63rd minutes of the match to put his team through by 5-0. 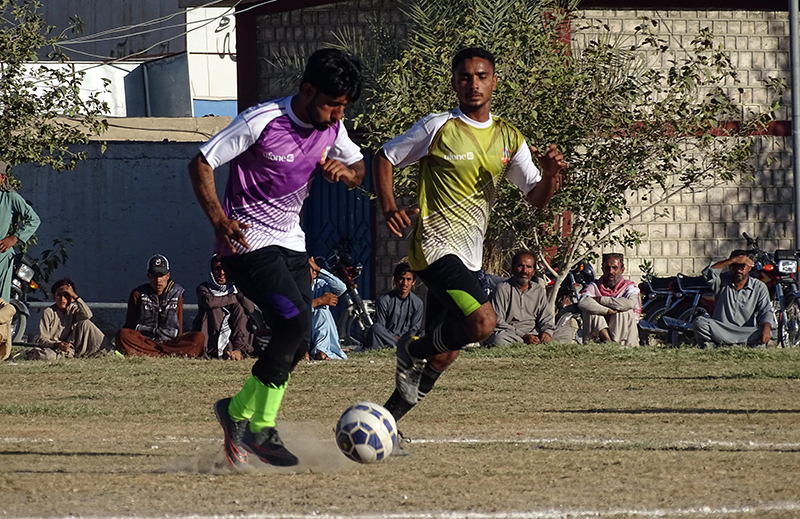 Riding the momentum and form from the 1st match, DFA Khuzdar went on to meet DFA Kalat in the second match. DFA Kalat however proved to be a more formidable opposition. It gave DFA Khuzdar a run for its money however, couldn’t outplay its superb form and ambition. DFA Khuzdar’s Amanullah scored in the 25th minute of the match which could never be equated by the opposition.

Meanwhile, the KP edition of the cup is going on with the same vigor. Home team DFA Kohat faced DFA Karak at Municipal Football Ground, Kohat on Friday. The visitors made their intentions known by scoring in the 11th minute of the match. However, the domination didn’t last long as DFA Kohat’s Amir scored an equalizer in the very next minute. DFA Karak’s Arsalan responded with another goal in the 27th minute but DFA Kohat’s Sharoon took 15 minutes to level scores. The competition intensified by folds at this level. DFA Karak’s Arsalan scored another goal to put his team in command of the match which couldn’t be broken by the opposition and DFA Karak clinched victory by 3 against 2. 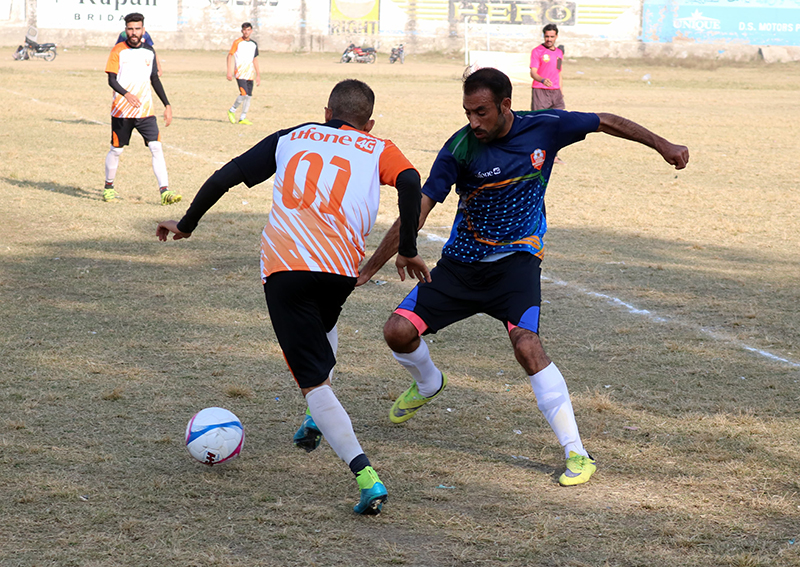 On Saturday, two matches were played at Yunus Stadium Mardan. The first was played between DFA Buner and DFA Swabi. Both teams proved an equal match for one another. Despite intense competition and fierce attacks nearly the entire 1st half went without a goal. DFA Swabi player Wasim scored the first goal in the 42nd minute of the match. DFA Buner staged a comeback in the 62nd minute were Adnan scored an equalizer. Despite all out efforts, the rest of the match didn’t see any worthwhile development and the match was declared a draw.

For the second match of the day, DFA Mardan met DFA Malakand. The entire first half passed without any goal. In the 67th minute of the match, DFA Mardan’s player Mansoor scored a goal which proved decisive and helped his team proceed further in the event.

The Super 8, semi-final and finals of the tournament will be live broadcast from PTV Sports. The Football Tournament organized by Pakistani telecom company, Ufone is an annual sporting event to promote and nurture promising talent besides helping bring up a healthy younger generation for the country’s social and economic wellbeing. ENDS